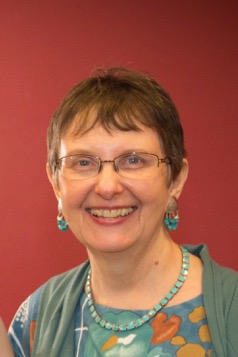 cherry blossoms
a winter jacket
hangs from a branch

Congratulations on having your haiku selected as the top winner in the British Columbia category in the Vancouver Cherry Blossom Festival’s 2017 Haiku Invitational contest. You also received this award last year. What else have you been doing with your haiku or other poetry in the last year?

My husband and I take daily walks around our neighbourhood, increasing our exercise by the use of Nordic poles. In winter, I am well-bundled against the cold with long underwear, mitts, muffler, toque, and heavy jacket. As the weather begins to warm in early spring, I will stop and unzip my coat. Then I will undo my muffler. Maybe the toque gets shoved into a pocket. And then that wonderful day arrives when I get so hot I just have to take off the jacket. What a sense of freedom! All those months of slogging along with heavy clothing are suddenly wiped away and I feel so light and ready to dance along the sidewalk. This is when the cherry blossoms are lighting up our walks. Those are the feelings I tried to capture in the winning poem.

I couldn’t stop laughing! As I said in answering the first question, this has been a big year for me in terms of haiku recognition, and I was delighted. My first thought was, “next year they should make me a judge.” Of course I told my husband and family and writers’ group. While I do not consult them on contest entries, they have all had to play my game of “Is this word better than that word?” as I have brought them haiku for comment, so they understand the effort that goes into a winning entry.

In Japan, NHK World has a television show called Haiku Masters that runs a monthly haiga (picture with haiku) contest. Videos on the website explain what the judges are looking for in a successful haiga, and you can view galleries of past winners (see https://www3.nhk.or.jp/nhkworld/en/tv/haiku_masters/). Recently they added an additional contest in which viewers are invited to write haiku honouring a particular place, with a photo offered as inspiration. The videos in which the judges discuss the winners are a gentle way to learn more about writing haiku. NeverEnding Story (an English-Chinese bilingual haiku tanka blog) by Chen-ou Liu contains many inspiring haiku and interesting commentary. The site has much to explore and it provides opportunities for submission of your haiku and tanka for online publication.

I love retirement! All those projects that were simmering quietly on the back burner of my life for years can now be brought forward and stirred up again. Hence, writing is now a main occupier of my time, both poetry and prose. I also have time for my craft hobbies, mostly quilting and creating textile art, but also jewelry making, knitting, and embroidery. Gardening, too, fills my time. Five years ago we eliminated our lawns, both front and back yards, and finally the plants are beginning to fill in and the weeding is less. But still, I am out there pulling up the invading dandelions, trimming the overgrown and unruly, and generally having a great time playing in the dirt. And I photograph everything! I not only enjoy taking the pictures, but also altering some of them post-camera to create interesting new effects that I like to think qualify as art. Somehow, in my retirement I have become the genealogy researcher for my large extended family, and that, too, takes time. I love the treasure-hunting aspect of it, especially following up on small hints taken from family stories. I haven’t mentioned my working life, but it seems so distant. I wonder how I ever had time for it.

Because I have so many varied interests, I find that I must schedule time for writing if I am going to make it happen. For this reason, I set myself the goal to write one haiku each day in 2017. Entering contests and including haiku in my memoir have helped me keep pace with this goal so far this year. (I am only two days behind right now.) It also means that my inspiration must come from whatever is happening in my life. Sometimes, I will see something unexpected that arrests my attention and sends me scurrying for pen and paper. At other times, I sit at my computer and dedicate the time to letting my muse guide the way. I might pick a word at random and play with it, for example—maybe writing twenty very bad haiku in the process. But sometimes that will lead me to an insight from which a deeper meaning arises and I am able to craft a haiku with a bit more shine. Nature, surely, is an inspiration as I take long walks, sit in my garden, or go on outings to beaches and forests. But so, too, can making the bed, doing the laundry, or sitting by the fire quietly knitting, be inspirations for moments to share through haiku.