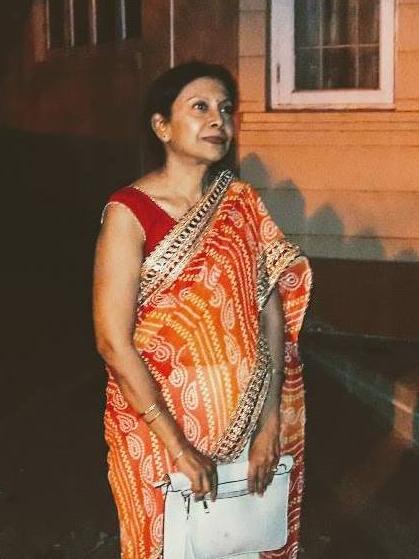 Congratulations on having your haiku selected as the top winner in the International category in the Vancouver Cherry Blossom Festival’s 2017 Haiku Invitational contest. How did you first learn about haiku, and how much writing of haiku or other poetry have you done?

Thanks a ton. I would also like to thank the judges who considered my poem worthy of the top place in the international category. I have always dabbled in some or other form of writing, be it prose or poetry, but I learnt about haiku first when I chanced upon a haiku workshop conducted by Myron Lysenko on a poetry website where I used to post poems. Before that I had only a very basic idea of haiku as a seventeen-syllable poem, but I became aware of its nuances only during this workshop and soon after I discovered the AHA poetry site of Jane Reichhold. It didn’t take me long to get hooked. Nowadays I write only haiku or a tanka once in a while.

I have seen cherry blossoms only once in my life, when I visited New York in April of 2013. It was the cherry blossom season there and walking the cherry-lit streets on our way to the Brooklyn Botanical Garden was such an ethereal and gorgeous experience that it has led to my writing scores of haiku on the subject since then, and will probably result in more.

Well, that is interesting. I learnt about it even before I got the congratulatory email. I was in the middle of my morning chores when there was a ping on my phone notifying me that my friend and fellow-poet Chrissi Villa had posted on my timeline on Facebook. I associate Chrissi with all things good—she has always been a harbinger of good news for me—so I immediately guessed something good must have happened in the haiku world, though I didn’t expect this win at all. So I logged in and sure enough it turned out to be good news. I didn’t tell anybody at all though. Just kept it to myself and posted it only on my page on Facebook (which speaks of my new-found maturity and equanimity, I guess, because a few years back I would have reacted very differently). Friends and family picked it up from there. I told my husband much later.

As I mentioned, personally I had learned the basics of how to write a haiku totally from my first teacher Myron and then through Jane Reichhold’s AHA poetry site (www.ahapoetry.com). I like to believe that participating in NaHaiWriMo (National Haiku Writing Month—see www.nahaiwrimo.com and https://www.facebook.com/NaHaiWriMo) on Facebook where we are given a daily prompt to write on (year-round, not just during the “official” month of February) has also helped me to learn a lot through reading and sharing. I have also always followed the daily poems posted on Mann Library website (http://haiku.mannlib.cornell.edu/) by Tom Clausen since the time I started writing haiku. The Mann Library haiku archives are literally a treasure trove and one of my fond dreams is to get a chance to be featured therein someday. The Internet is a great place to learn haiku with many good haiku websites in addition to the well-known online journals. Of the haiku books that I acquired much later, I think The Haiku Handbook by William J. Higginson could be very useful for the beginners.

I was born and grew up in the vibrant city of Calcutta, graduated and then did my master’s in philosophy from Calcutta University, have never held any steady job, have a family of one husband and one daughter, and an occasional kitten which always runs away or gets stolen. My hobbies include reading, travelling, birding, not to forget gymming and working out and many other trivial interests apart from writing haiku, of course.

The sylvan surroundings of the small city of Belgaum where I live in India has much to offer by way of quiet and solitude. And I think I had signed myself up for a poetry class when I came to live in this house opposite the woodlands with its many unknown birdsongs, narrow paths half-lost in wildflowers, and dark blue nights sequined with fireflies. But haiku would have found me anyways.