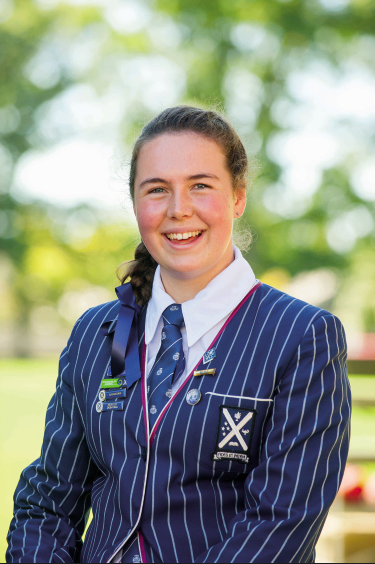 Congratulations on having your haiku selected as the top winner in the Youth category in the Vancouver Cherry Blossom Festival’s 2017 Haiku Invitational contest. How did you first learn about haiku, and how much writing of haiku or other poetry have you done?

I have been very fortunate to be exposed to the world of haiku through a talented poet, Kerrin P. Sharpe, who is the writer in residence at my school. Through her guidance and wisdom, I have learnt over the past six years what haiku is and how to write it. I’ve had haiku published in the New Zealand Poetry Society’s annual anthology for the past four years. I prefer writing haiku over other types of literature due to its concise nature. Within seventeen syllables you are able to paint a vivid picture and make your reader feel an emotion or provoke him or her to think.

I wrote at least thirty haiku around the theme before entering this competition. Some were science-based and others were nature-based but I liked the idea of the contrast of the hats flying up and the petals coming down. I wanted to write a haiku that was unique but I also wanted my haiku to create an image that people could visualise, relate to, and make them feel a positive emotion. I’m not quite sure what inspired the image but I was thinking of things that people would celebrate.

I found out that I had won via an email. I was very surprised and shared the email with my mother who was in the kitchen with me at the time. It was very interesting to read the other winning haiku and the judges’ comments.

I am boarder a St. Andrews College in Christchurch, New Zealand. My parents, younger brother and I live on a farm and enjoy the outdoors in our free time. My favourite activities include hiking, camping, swimming, and snow skiing. For the past eleven years I have been a member of Girl Guiding as a Pippin, Brownie, Guide, and Ranger and I really love it. At school, I am the head of debating, a sacristan, and in the sustainability council. I do volleyball, Duke of Edinburgh (an international award scheme that includes community service, physical activity, and learning a new skill, plus completing two adventurous journeys), piano, speech, and drama. I enjoy reading and crafts.

My haiku are often influenced by the environment and environmental issues. I think my rural upbringing and love of the outdoors have a large effect on my haiku. Sometimes, the books I have been reading recently and the themes or ideas which I encounter might also influence or inspire me.