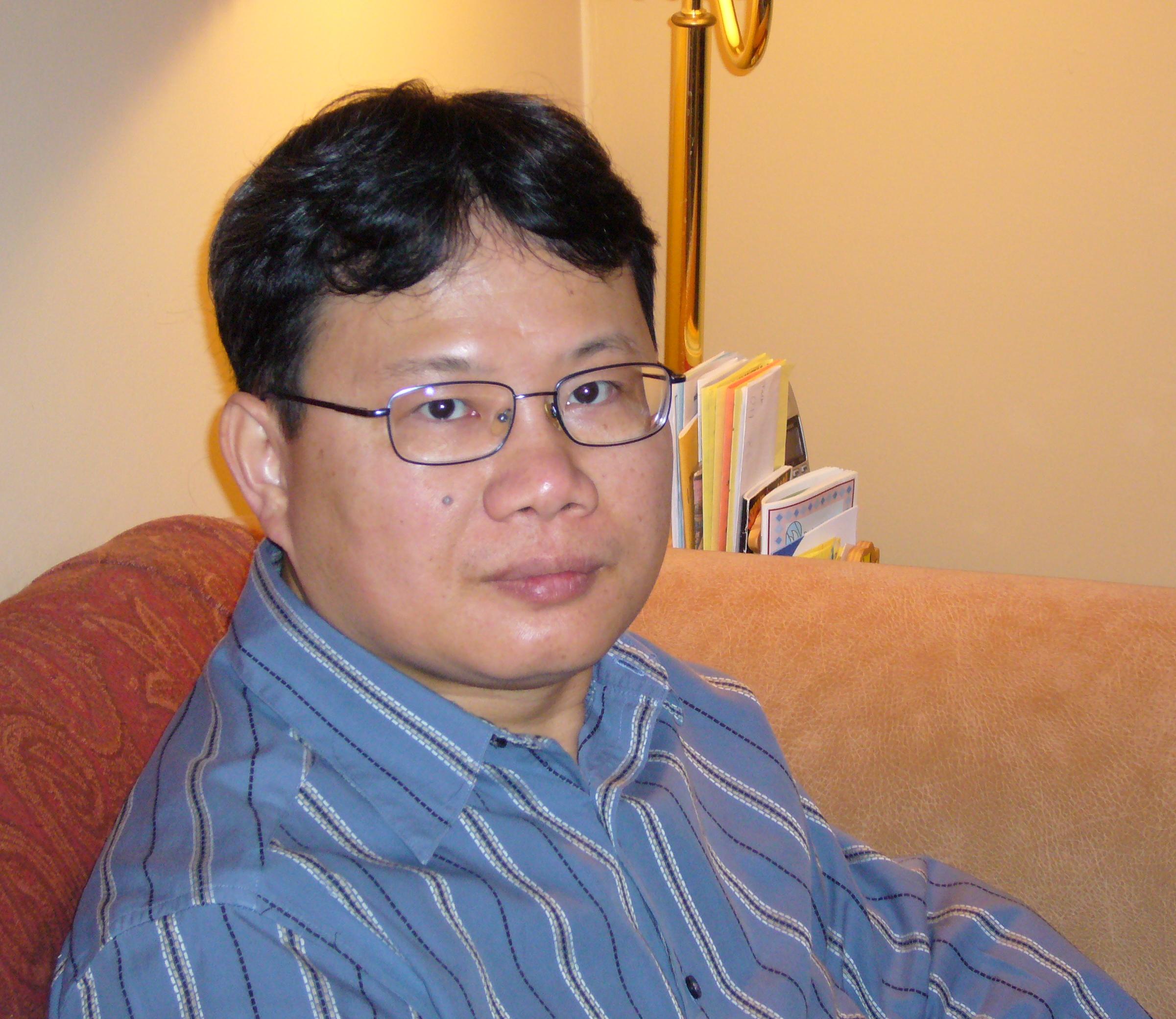 Congratulations on having your haiku selected as the top winner in the Canada category in the Vancouver Cherry Blossom Festival’s 2020 Haiku Invitational contest. How did you first learn about haiku, and how much writing of haiku or other poetry have you done?

In 2009, with the aid of a newly acquainted poet friend, Brian Zimmer, I was exposed to the Japanese haiku, gendai [modern] haiku, and monostiches. Since then, I’ve studied and written haiku and related genres on a daily basis, and my poems have been published in print and online journals. In 2013, I started an English–Chinese haiku and tanka blog, editing, translating and publishing haiku, its related genres, reviews, and essays.

My haiku was inspired by an old Taiwanese movie scene. In it, a young couple walked out of a doctor’s office on a chilly morning. On their way home, they walked side by side, slowly and quietly. The background music of this poignant scene was their favorite song about cherry blossoms blooming on Mt. Yangming, Taipei.

The moment when I first learned that my haiku had been chosen for the Best Canada category, I immediately phoned my mother, who lives in Taiwan.  She was happy for me, but her first question was, do you have enough face masks? The Covid-19 pandemic disrupted my March travel plans. My health and safety-related issues had been occupying my mother’s mind since the WHO pandemic declaration.

Burton Watson’s Masaoka Shiki: Selected Poems gives me a glimpse into the suffering soul and prolific life of an innovative poet. Shiki’s three poetic principles—shasei (“sketching from life”), makoto (“truthfulness”), and everyday language—help me set my feet firmly on the ground. Haruo Shirane’s Traces of Dreams: Landscape, Cultural Memory, and the Poetry of Bashō, establishes the ground for critical discussion and reading of Bashō’s poetry in the context of broader socio-cultural change. It helps me look beyond the haiku moment and debunk some modern haiku myths. Richard Gilbert’s Poems of Consciousness: Contemporary Japanese & English-language Haiku in Cross-cultural Perspectives creates a new poetic vocabulary for the haiku community to employ in analyzing how and why haiku work effectively, and it gives analytical categories and explanations for some innovative haiku that fall outside the juxtaposition/shasei realm.

After more than ten years of struggling towards a new life vision and preparing for a major change in my field of study (computer science to cultural studies), in the summer of 2002 I emigrated to Canada to pursue a PhD and settled in Ajax, a suburb of Toronto. After arriving in Canada, I was frustrated by the lack of in-depth and wide-ranging classroom discussions, and most importantly, I was stressed by financial burden. I quit my studies and started to write essays in an adopted language, English. After two years of striving, I published three essays but got little attention from the scholars in those fields. Furthermore, I was disappointed by my inability to master English quickly. My pent-up emotions began spilling over onto pieces of scrap paper in the form of short poetry. The more I wrote, the more I thought about becoming a poet. Now, I’m a published poet and the editor and translator of NeverEnding Story at https://neverendingstoryhaikutanka.blogspot.com.

I write
at the gun-mouth
of time’s barrel . . .
I live for myself
by myself

I lives in Ajax, a suburb of Toronto. It’s just a five-minute drive to Lake Ontario where I spend most of my leisure time reflecting upon and responding to books, films, and socio-cultural events I’ve read, watched, or experienced. I resonate with this quotation from tanka poet Ishikawa Takuboku: “My mind, which was yearning after some indescribable thing from morning to night, could find an outlet to some extent only by making poems.” Like my favorite Canadian novelist and activist, Dionne Brand, I believe that “Poetry is here, just here. Something wrestling with how we live . . . something honest.” And I think that it is not success or failure that matters but the struggle itself. The purpose of a writing life is the struggle, and a haiku poet’s salvation is based upon how well he or she handles the struggle.