If you ever wanted to give haiku a try and just didn’t know where to get started, this is the workshop for you! Michael Dylan Welch, the founder of National Haiku Writing Month and cofounder of the American Haiku Archives and the Haiku North America conference, takes us on preliminary exploration of haiku poetry in English.

Michael will introduce important and commonly found elements to haiku writing with an emphasis on the seasonal and nature-focused aspects of this poetry. He will also introduce techniques such as kigo (season words), kireji (cutting words or a two-part juxtapositional structure), and shasei (primarily objective sensory imagery), to help take your haiku to the next level, including various styles of haiku.

The workshop includes writing exercises and a constructive sharing/feedback session, so make the most of the workshop by being prepared to share your work or asking questions!

By the end of the workshop, you should discover that you have a deeper understanding and appreciation of haiku writing and enjoyment and that you are able to start writing them yourself!

This workshop is a great primer workshop to start crafting two unpublished haiku submissions for our annual Haiku Invitational contest presented by Leith Wheeler Investment Counsel Ltd. The Haiku Invitational accepts submissions worldwide and has six top winning categories, as well as the opportunity to be recognized as a Sakura Award and Honourable Mention winners. 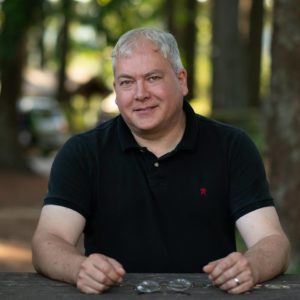